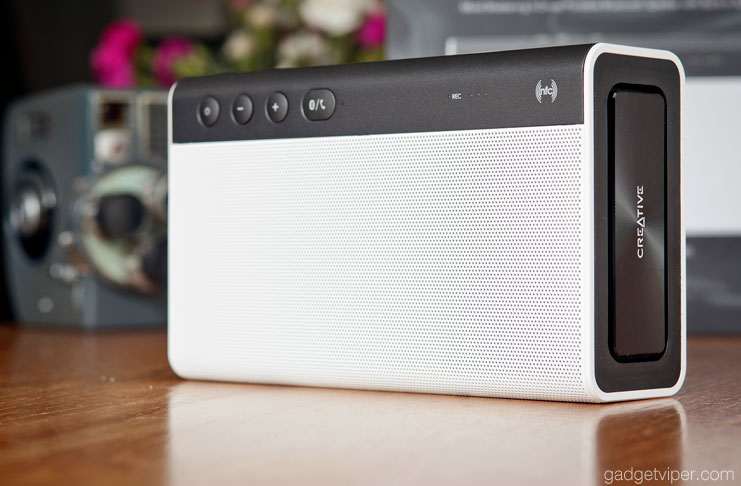 The SoundBlaster Roar 2 is an amazingly compact Creative Bluetooth Speaker, jam packed with features. It is 20% smaller than its predecessor, but without any compromise on power or audio quality. With 3 speaker drivers, 2 passive radiators, intelligent bass and loudness boosting, it packs a serious punch for its size.

+
Very compact, great sound, packed with features
–
exposed ports may restrict outdoor use
*Product prices and availability are accurate as of the date/time indicated and are subject to change.
more »
Any price and availability information displayed on Amazon at the time of purchase will apply to the purchase of this product.
How they’ve managed to fit 3 speaker drivers, 2 passive radiators, a 6000mAh battery, SD card reader and audio recorder in such a tiny unit is a total mystery.

I often struggle to put a label on Creative SoundBlaster products. Whether it’s their headphones, gaming headsets or Bluetooth speakers. One thing is for sure, they’re certainly not shy when it comes to pushing the boundaries.  I wouldn’t be surprised if a pre-buttered slice of toast popped out of their next product!.

If you haven’t already seen the Creative Roar 2 on a shelf somewhere, you’re likely to be surprised by it’s physical size – I know I was. It’s extremely compact to say the least, and when you pick it up, you’ll be surprised yet again, this time by its weight. There can’t possibly be any empty space inside, it feels ridiculously solid and weighs fractionally over one kilo.

Its body is constructed from aluminium and an off-white plastic with a nice satin finish. The standard box shape design is enhanced with neatly rounded edges to give it a clean and elegant look. Unlike most Bluetooth Speakers, the Creative Roar 2 can be orientated horizontally or vertically depending on your preference. 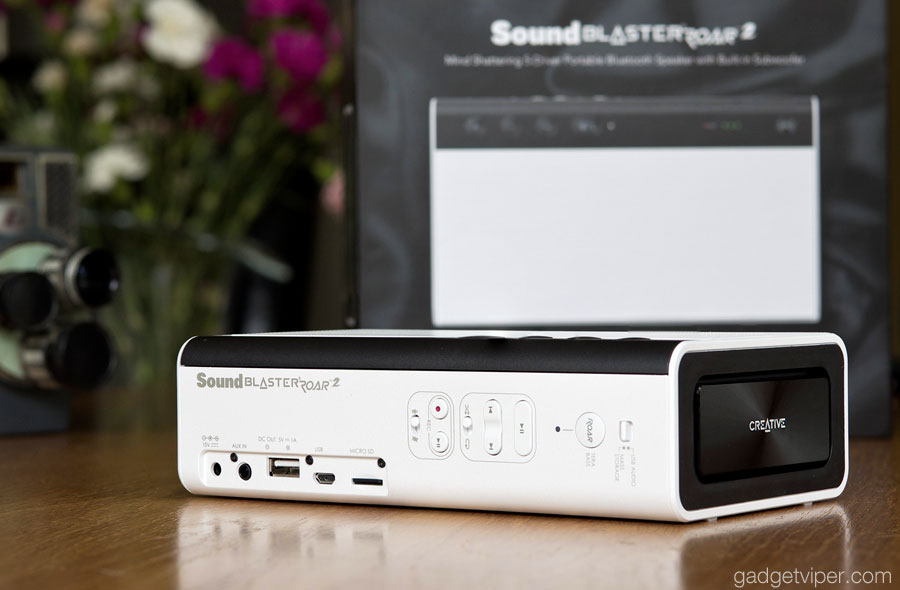 When placed down horizontally, the speaker drivers face upwards, which is designed to help fill the room with sound. In its vertical position, the audio is more directional and there’s better access to the controls.

On each end are passive radiators that actively pulsate to enhance the bass output. They have a glossy surface with a machined finish and look great when reflecting the surrounding light.

Underneath the speaker, there are two rubber strips that span its length. These provide a good point of contact. 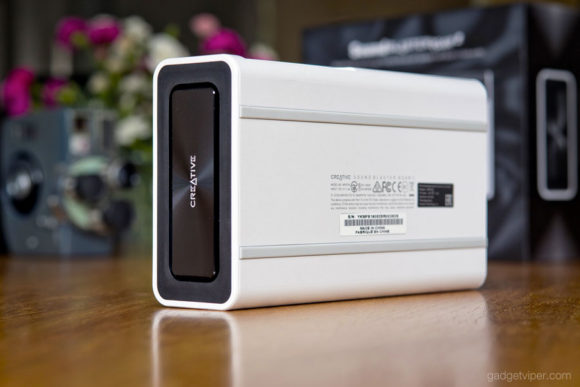 I really like the overall design and build quality of the Roar 2 speaker. With that said, I am a little concerned that the side radiators and open ports might not be too well suited for taking it outdoors. The potential to damage the sides or expose the ports to dust and water, makes me feel it’s best suited for use around the house.

The Creative Roar 2 will pair with two devices simultaneously. This allows you to pause one device and instantly play a track from the other.  There’s an NFC ‘tap to pair’ sensor on the front of the speaker, or you can pair it quickly using the regular method. As far as range and signal reliability goes, the Roar 2 exceeded my expectations.

There is a specific distance from my office (that just happens to be next to the kettle) where most Bluetooth speakers begin to falter.  It’s not quite 10 metres, but there is an obstructing wall. The Roar 2 streamed flawlessly and only began dropping out a further metre from this point.

Ports and their functions

All of the ports are positioned on the left side of the speaker. There is a 15V input to recharge the Roar 2 with the included mains adapter.  It’s worth noting that it can also be charged with a USB cable. This is a useful feature, not often found on many other high-end Bluetooth speakers.

The regular size Type A USB port is for charging mobile devices. At only 1A, it’s not optimal for charging the latest Smartphones, but useful in a pinch.

The Micro USB serves two purposes. It can be used for audio playback from a PC, PS4, Mac or Laptop, or as a means to transfer files to and from the MicroSD card.

There is a switch on the far right to toggle between USB audio and Mass Storage mode. 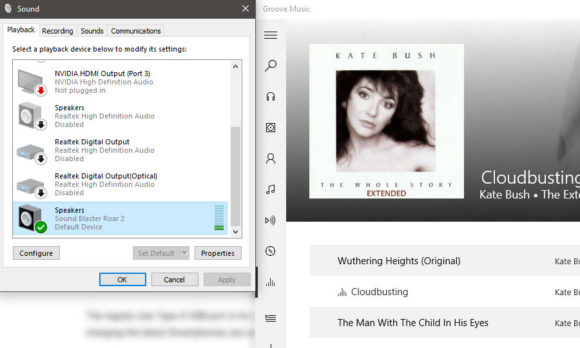 Be aware, you may need to disable your regular PC speakers in order for the Roar 2 to take over. Just right click the speaker icon on your taskbar and you should see it listed. 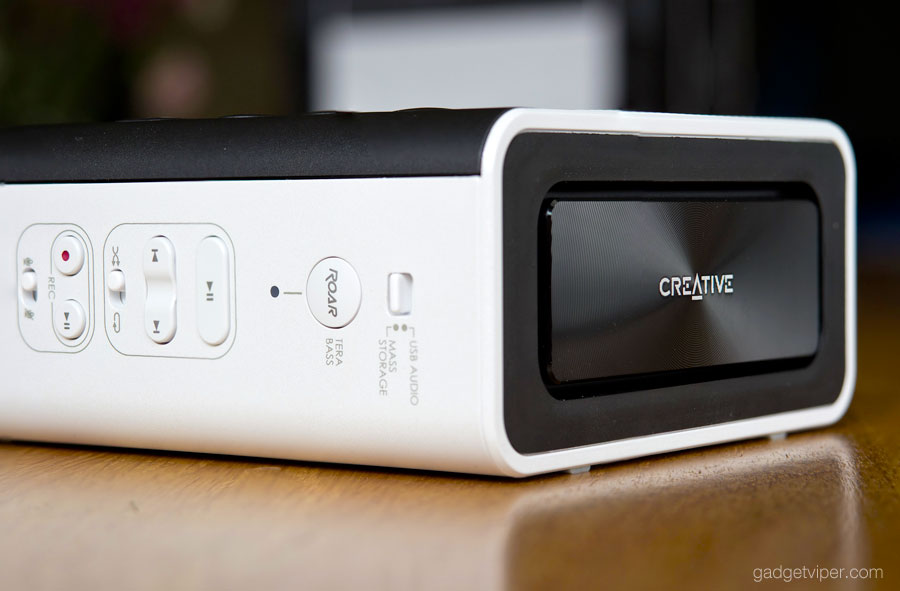 Next to the USB switch is the ‘ROAR‘ button. Press it once and it will activate the TeraBass which enhances the low end when the volume levels are low. Another press will switch it to TeraBass + Roar. This boosts overall loudness and widens the sound stage.

Under the ROAR button are the MP3 player controls to play music from the MicroSD card. A quick press of the next /previous button will skip tracks and a long press will skip folders.

This has proved to be a really interesting and unexpected feature. The Creative Roar 2 can record in two different modes. The first allows you to record externally like a regular microphone. Alternatively, if you mute the microphone, the Roar 2 will record the audio directly from the source. This works in Bluetooth and AUX mode, but not when playing from USB or the MicroSD card.

As with many Bluetooth speakers these days, the Creative Roar 2 can be used for hands free calls. The fun addition to this is that at any point you can press record button and save the conversation.

The Creative Roar 2 is powered by two independent amps. One drives the lows and mids and the other is dedicated to the high frequencies. This has made a notable improvement in the clarity and balance of sound. The mids are very specious and as good as I’ve heard from a speaker of this size.

When I first started testing the audio I was a little disappointed with the volume. The sound quality was fantastic, but a little on the quiet side in my opinion. While reading the user guide, I noticed a brief tip about plugging in the power adapter to boost the volume, so I did….. The difference was substantial.

I hadn’t intended to make a video to demonstrate the audio, as my camera mic is a little on the cheap side, but I did it anyway! I’m not sure it does the speaker any justice though. At the very least it gives you a chance to hear the dramatic ‘power on’ sound and vocal notifications.

I did some comparison testing against another quality Bluetooth speaker I recently reviewed. Despite the Roar 2 being considerably more compact and costing far less, there was little to separate the two in terms of sound quality.

Overall, the audio quality is very respectable throughout. The TeraBass button adds value at a moderate volume, to push the lows. When plugged in and with Roar active, it can blast out an impressive and undistorted sound that easily fills a moderate size room.

The Creative SoundBlaster Roar 2 is a big improvement over the original Roar Bluetooth speaker. The 20% reduction in size has had no negative repercussions in quality or performance.

The dual orientation offers the best of both worlds. When laid down, the Roar 2 is a minimalist and clean looking Bluetooth speaker. Place it upright and you’ve got a feature rich audio device, mass storage solution, mp3 player, sound recorder and portable charger.

I’d highly recommend this Bluetooth speaker for around the home or office, but not so much for the beach or outdoor activities. As a stand-alone Bluetooth speaker, based solely on its audio performance, the Roar 2 is easily worth the price tag. Add to that its versatility and multitude of features and you have a seriously great device.

details »
Product prices and availability are accurate as of the date/time indicated and are subject to change. Any price and availability information displayed on Amazon.com or Amazon.co.uk at the time of purchase will apply to the purchase of this product. 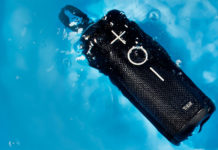 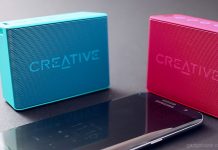 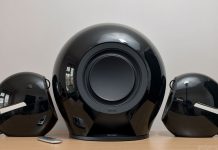