Ok, firstly I’d like to wish Seagate a happy 35th Anniversary and state that I have no problems at all with their products. Their drives may not be as reliable as WD’s, but they are certainly more affordable, which has earned them a well-deserved chunk of the storage product market.

However, after reading a few posts from the big guns of tech news sites like The Verge, praising its beauty and it’s “incredible speed” I’m left wondering if I’m alone here in thinking its not that beautiful and certainly not incredibly fast either. Since when is 5400RPM an incredible speed?

You could argue “Yes but its 3mm thinner, so that makes an average speed seem incredible“.  Well in my eyes a storage device that’s slightly thinner, has a quarter of the storage capacity and yet the same price of another one of their models seems like they are choosing vanity over function.  Thin may be a good design choice for wearables or smartphones, but I personally think it makes no sense on a storage device.  Especially if you need to nerf its efficiency and value to achieve it.

The Seagate Seven has been described by the Verge as “The most Beautiful Portable Hard Drive” to me it looks more like an internal drive, I much prefer a more simplistic and uniform case.

I understand that this is more about showing what can still be done with mechanical drives and that it’s sort of a token R&D anniversary product.  But seriously, who is really going to make the choice to buy the Seagate Seven over the Seagate Backup Plus slim, or a WD Passport for that matter?

The only reason to go for a mechanical drive these days over an SSD is the storage capacity and the price. The Seagate Seven has just done the complete opposite.

Lastly I’d like to point out that the name “Seagate Seven” is only 3 letters different from the name “Steven Seagal“.  Who some may argue is also rather slow and ugly with limited capacity.

Perhaps I’m the only one who spotted this, but as you may have already gathered from my literacy skills, I do suffer from mild dyslexia and his name just flew out at me like a flying kick. 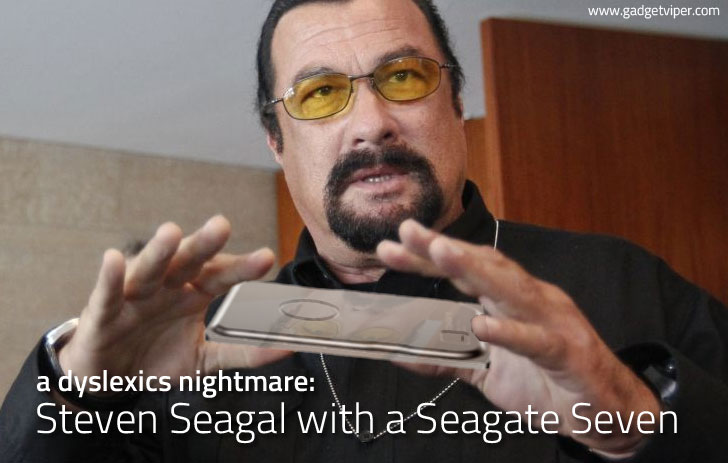 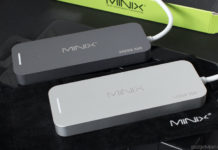 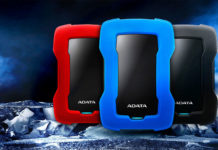 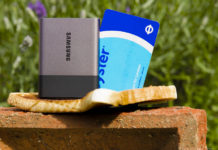