The 3Doodler 2.0 price and functionality has remained the same, yet the latest model is now 75% smaller and half the weight of the original 3D pen. 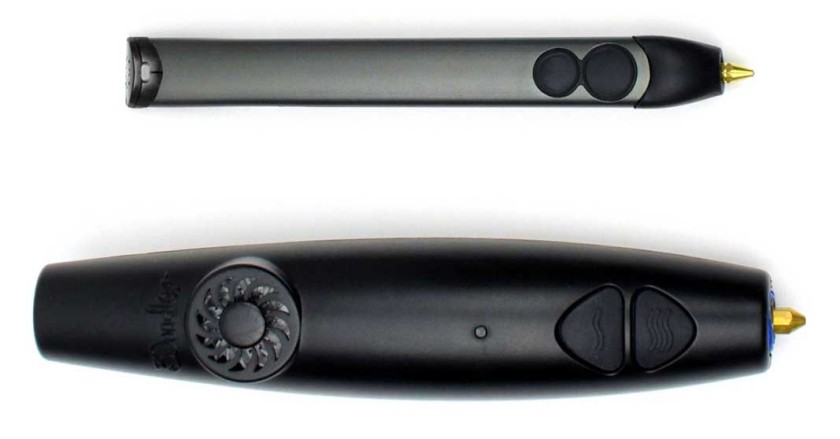 The 3Doodler 2.0 has a slim anodized body which houses the re-designed feeding system. Compared to the original 3Doodler the new model is a fraction of the size and is now as easy to hold and use as a regular marker pen.

The 3Doodler 2.0 has an improved nozzle, duel speed controls, a new feeding system and an enhanced fan to cool the plastic quicker.

3Doodler 2.0 allows you to draw in the air by extruding a heated plastic line that cools almost instantly when it leaves the tip on the 3D pen. You can also draw over a template or stencil and then lift it off the page as a solid model. An amazing way to accurately test and visualise a structure from scaled elevation drawings or to simply have fun with art projects.

The 3Doodler 2.0 price is the same as the original model at £99.00 with free delivery in the UK from Firebox.com.